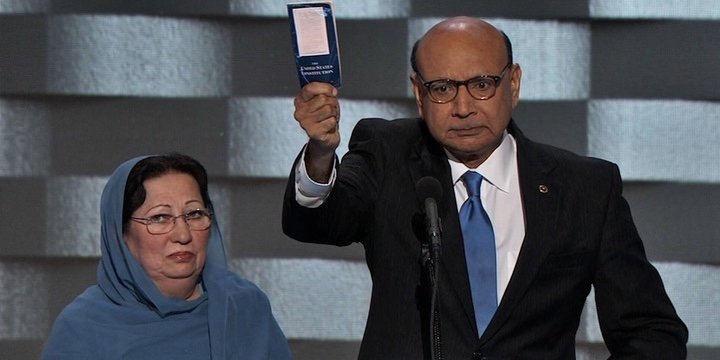 Were this a normal political year, the presidential candidates would be out trying to unite their party and hope to woo voters from their opponent.  But Donald Trump continues to keep up his feuds, not only with the Muslim family of a slain U.S. soldier but many of his fellow Republicans as well.  Neal Conan is with us this week to assess how the Trump and Hillary Clinton campaigns are doing.

And what to make of the candidates’ acceptance speeches?  Jennifer Mercieca of Texas A&M University sizes up the rhetoric and the flourishes of Trump and Clinton.

Of course, all the focus is on the top of the ticket, but what about the running mates?  Matt Miller of Maple Glen, Pa., is the winner of our “Guess the V.P.” contest from back in January — he was the first to predict Tim Kaine for the Democrats.  And he gets to talk about it on this week’s program.

Before there were Trumps and Clintons, there were the Tafts.  Former Ohio Gov. Bob Taft remembers his grandfather, Mr. Republican himself, Sen. Robert A. Taft, who died 63 years ago this week.

And finally, we hear from Mike Saifie, a Clinton convention delegate from San Bernardino, Calif., who talks about the role of Muslims in politics and American life.

See You In September – The Happenings