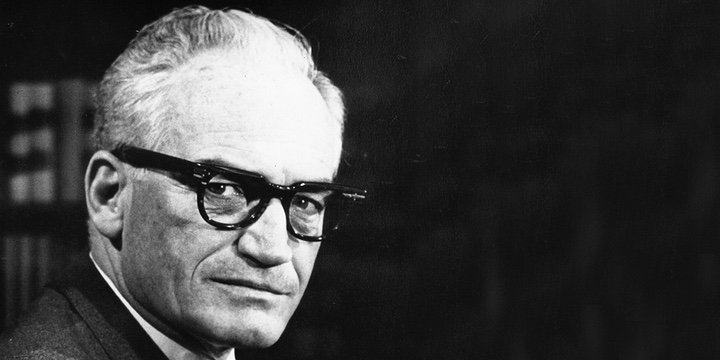 Mathematically, it should all be over on Tuesday.  But realistically, the battle for the Democratic presidential nomination, between Hillary Clinton and Bernie Sanders, is expected to go on, possibly all the way to the convention in Philadelphia.  Neal Conan makes his monthly visit to the Political Junkie with analysis and observations.

He may be the presumptive nominee, but Republicans are far from united behind Donald Trump.  Barry Goldwater Jr., son of the 1964 presidential nominee, recalls a time when the GOP also had problems rallying behind its candidate.

With Trump and Clinton’s approval ratings below sea level, the Libertarian Party insists they may play a major role in the fall.  David Wright, a correspondent for ABC News who covered the Libertarian convention last weekend, reflects on what he saw — the serious, and the surreal.

And Bloomberg’s Greg Giroux reviews the unusual situation in North Carolina, where on Tuesday two Republican incumbent House members — George Holding and Renee Ellmers — have been thrown together in the same district.

Music used in the podcast

People Got To Be Free by The Rascals

Lucy in the Sky With Diamonds from the Beatles Rock Band

Walk Away Renee by The Left Banke

The Chicken by The James Brown Band