While there is always high anticipation for a presidential debate, this evening’s encounter between President Trump and Joe Biden feels different.  Maybe it’s because both sides are selling the race as the “most significant in history” and “crucial for saving the country’s future” — hyperbole, perhaps, but probably true as well.

But for those keeping score at home, there is a tendency to immediately declare winners and losers.  That’s a natural inclination, especially since those TV folks do it all the time.  My fervent wish is that everyone turns of the set once the debate is over.  Let the bloviators bloviate, but it’s more important, methinks, for voters not to be told how the candidates did.  Make up your own mind.

And that’s especially important for the first debate.  Sometimes what happens in the initial debate — a stronger performance than expected, a weaker performance than usual — can be completely reversed in subsequent debates.  My advice:  Don’t jump the gun (or out of a window) from what you see in the first encounter.

In 1984, prior to the first debate between President Reagan and Walter Mondale, Reagan had what looked to be an insurmountable lead.  But in the Oct. 7 first debate, held in Louisville, the president seemed way off his game.  He was tentative, seemingly tired, disorganized and not in full command of the facts.  Most observers thought Mondale clearly won the debate, and the polls started to show some movement in the former vice president’s direction.  Reagan still held the lead, but Mondale was inching upwards.

That put increased attention on the second, and final, debate between the two, on Oct. 21st in Kansas City.  Whatever chances Mondale had seemed to vanish the moment Reagan uttered his now-famous line in response to a panelist’s question about his ability to handle a crisis, given his age.  Without telegraphing the zinger that was to follow, Reagan said with a straight face, “I will not make age an issue of this campaign.  I am not going to exploit, for political purposes, my opponent’s youth and inexperience.”  In many eyes, that was game, set, match.  The audience erupted in laughter, as did Mondale.  He knew his opportunity vanished.

The fact is, the second debate was not necessarily good for Reagan either.  In his closing statement, he offered a seemingly incoherent story about a letter that was to be placed in a time capsule and rambled on about his thoughts while he was driving down the California coast.  If memory serves, it was wince-inducing.  But because of the “youth and inexperience” line, people saw the president as the winner.

So much for the importance of the first debate.

Similarly, in 2012, in the first debate between President Obama and Mitt Romney, on Oct. 3rd in Denver, Obama was more like Nobama.  He was surprisingly flat, disengaged and uninspiring, giving off the vibe that he wished he were anywhere but on the debate stage.  Romney on the other hand was sharp and aggressive.  Nearly everyone called Romney the winner, and his polls began to improve; in fact, a post-debate Pew poll showed Romney with a four-point lead over the president.

But, as with Reagan and Mondale 28 years earlier, the challenger’s momentum after the first debate ended with the second encounter, which was held Oct. 16th at Hofstra University on Long Island.  Obama was aggressive and sharp, far more animated than he was during the Denver debate.  And while Romney had a good debate as well, he kind of stepped in it when he talked about having “binders full of women” who would fill positions in his administration.  That brought endless ridicule.  (It also didn’t help when moderator Candy Crowley, egged on by Obama, corrected him on a statement he made.)

There are, of course, clear examples of when a debate seemed to affect the election result, none more so than the one encounter between President Carter and Ronald Reagan in 1980.  Reagan’s “there you go again” and “are you better off now than you were four years ago” moved Reagan into a polling lead that he never relinquished.  As it was, the debate was on Oct. 28th — just seven days before the election.  There was really no time for Carter to reverse his slide.

As for tonight, given Trump’s propensity for hurling wild and unproven charges, and making things up, one might be hard pressed to call it a debate.  But that’s another story altogether.

Q:  No Republican has ever won the presidency without Ohio.  But how many Democrats have won without Ohio? — Mark Allender, Cuyahoga Falls, Ohio

A:  The last time was 1960, when Richard Nixon won Ohio with 53% of the vote, but John Kennedy won the presidency.  Before that it was Franklin D. Roosevelt in 1944, which made sense; the Republican vice presidential candidate was Ohio Gov. John Bricker.  But FDR still won a fourth term.  And before that, Grover Cleveland lost Ohio both times in his two winning campaigns, to Republicans Benjamin Harrison in 1892 and James Blaine in 1884. 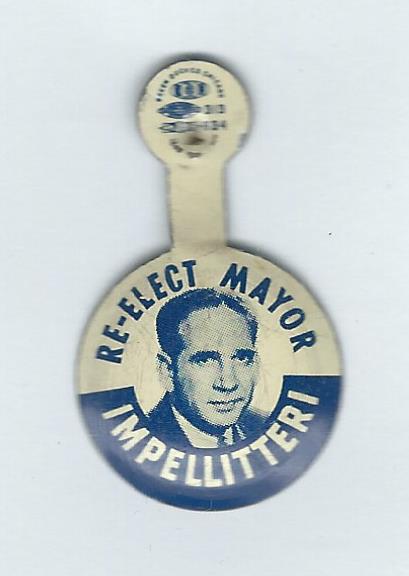