The Democrats got some good news in the past couple of weeks that could help them when it comes to Senate races up in 2022.  There was a big surprise in New Hampshire, where Chris Sununu, the popular Republican governor, said he would not challenge Democratic incumbent Maggie Hassan next year.  The guessing all along was that (1) he was running and (2) he could very well have won.

The other news came on Monday, when Sean Parnell, a Fox News contributor considered the strongest Republican candidate for the seat being vacated by Sen. Pat Toomey (R) in Pennsylvania, suspended his campaign after a judge ruled against him in an ugly child custody battle he is engaging with his estranged wife.  She had testified that Parnell had physically abused her and her children.  Former President Trump endorsed Parnell back in September.  Parnell said he will appeal.

Despite the news, Republicans appear to have no worse than an even shot at picking up enough seats next year to win control of the Senate.  The body is currently split 50-50, having a Democratic majority only because of the tie-breaking vote of Vice President Kamala Harris.  The GOP needs just one to put Mitch McConnell back as majority leader.

Obviously, every seat considered close is crucial.  Although the number of seats at stake — 20 Republican and 14 Democratic — suggests a good year for the Dems, the guess here is that President Biden’s sliding numbers and the drastic rise in food and gas prices will put the GOP on top.  Of course, we have a long way to go.

Here’s an early bird look at the Top Four most vulnerable Senate seats in 2022:

Ron Johnson (R-Wis.) — Johnson has not tipped his hand about his 2022 plans, but some are pointing to some staffing issues as an indication he may not seek a third term.  He is one of the more controversial Senate Republicans, spreading conspiracy theories about the 2020 presidential election, the January 6th insurrection and, of course, Hunter Biden.  Rick Scott, the Florida senator who heads up his party’s campaign committee, nonetheless expects Johnson to run.  Johnson, who didn’t announce his first election 2010 plans until April of that year, has plenty of time to decide; the filing deadline isn’t until June 1st.  The leading Democratic candidate is thought to be Lt. Gov. Mandela Barnes, who if elected would become the state’s first black senator.  Others running include state Treasurer Sarah Godlewski and Milwaukee Bucks senior VP Alex Lasry.  On the Republican side, if Johnson decides to retire, speculation is on Rep. Mike Gallagher, former Rep. Sean Duffy and 2012 Senate hopeful Eric Hovde.

Mark Kelly (D-Ariz.) — Kelly squeaked by appointed Sen. Martha McSally (R) for the final two years of the late John McCain’s (R) term in 2020.  He’s been raising money at a strong pace, but don’t expect Republicans to accept the fact that they are shut out of both Senate seats for the first time since 1952.  There is no shortage of potential GOP candidates, including wealthy solar industry executive Jim Lamon, state Attorney General Mark Brnovich and former Arizona National Guard adjutant general Michael McGuire.

Rafael Warnock (D-Ga.) — The Republican-controlled Georgia state legislature has added a new voting rights bill that is expected to lower (some say “suppress”) turnout in black and minority areas.  And that would obviously be bad news for Warnock, who surprisingly defeated appointed Sen. Kelly Loeffler in the January 2021 runoff for the final two years of retired Sen. Johnny Isakson’s term.  While some prominent Republicans decided to skip next year’s race — most notably, ex-Rep. Doug Collins — former football star Herschel Walker is running and has Trump’s backing.

Open Pennsylvania (Pat Toomey, R, retiring) — The suspension of Sean Parnell’s campaign (see above) could ultimately result in a weaker-than-expected GOP field, but a lot will also depend on whom the Democrats put up.  Progressives like two candidates, Lt. Gov. John Fetterman, who has raised the most money of any candidate, and state Rep. Malcolm Kenyatta, a Biden ally who is 31, openly gay, and would be the state’s first black senator; the more establishment types may prefer Rep. Conor Lamb, a centrist in his second term, or Val Arkoosh, who chairs the Montgomery County Board of Commissioners and who, as a doctor, has focused on health care.  Trump may decide to wait and see if Parnell returns to the campaign before he figures out his next step; either way, his endorsement would be significant.  Non-Trump Republicans may rally behind Jeff Bartos, a long time party fundraiser.

Here is our first stab at 2022 Senate ratings:

A:  Richard Nixon was based in New York, a state he lost, when he was elected president in 1968, though his early political career (and birth) took place in California, which he won.  When Woodrow Wilson was elected president in 1912, he carried New Jersey, the state he served as governor, though he lost it during his presidential re-election of 1916.  But he was born in Virginia, and he carried the commonwealth twice in his two White House runs.

Support the Political Junkie!  You can DONATE to keep the podcast going, or you can purchase items in the STORE!

Live Political Junkie segments on the radio.  Next one is Wednesday, Nov. 24, on WVXU’s “Cincinnati Edition” (a full hour at 12-1pm Eastern). 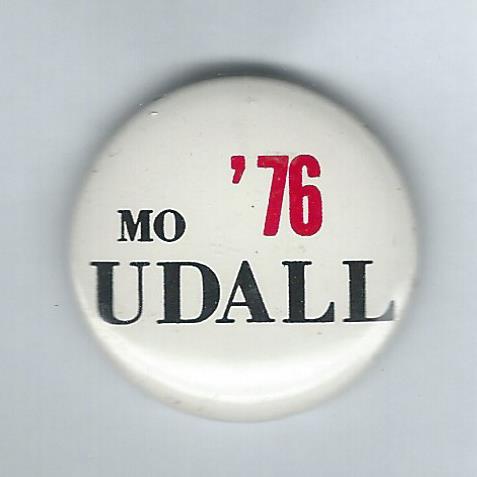 This Day In Political History:  At a news conference in Manchester, N.H., Arizona Congressman Mo Udall declares his candidacy for the 1976 Democratic presidential nomination, the first of his party to do so.  The announcement comes two days after another Democratic hopeful, Minnesota Sen. Walter Mondale, decided that after a year of preliminary efforts, he would not run (Nov. 23, 1974).