A special congressional election is on the horizon, in Florida’s 13th District, which has been vacant since the October death of Rep. C.W. Bill Young.  At the time Young was the longest serving Republican in the House, having first been elected in 1970.

But there have been some major demographic shifts in the CD in the recent past, and that, along with a well-known candidate, gives the Democrats hopes in a district that has been electing Republicans continuously since 1954.

The Democratic nominee is Alex Sink, Florida’s former chief financial officer, who lost a close election to Rick Scott (R) in the 2010 gov. contest.   That race makes it hard to measure what kind of a candidate Sink is; she did lose only narrowly, and it was a great Republican year.  But Scott was a deeply flawed (though very wealthy and free-spending) candidate and many say Sink should have won.

But Democrats are giddy about her chances in the March 11 special election, and especially excited that the Republican nominee — chosen in a primary last Tuesday — is relatively unknown and a lobbyist.  He’s David Jolly, a former aide to Bill Young, who has just a fraction of the money Sink has.

All of which make the special critical if the Democrats are going to erase a 17-seat deficit and win back control of the House this year.  Analyst Stuart Rothenberg, in fact, calls it a “must win” for the Dems:

“A loss in the competitive March 11 contest would almost certainly be regarded by dispassionate observers as a sign that President Barack Obama could constitute an albatross around the neck of his party’s nominees in November. And that could make it more difficult for Democratic candidates, campaign committees and interest groups to raise money and energize the grass roots.”

But Rothenberg goes one step further:

“Given all of the advantages that Sink has — the district, her experience and proven electoral success, her money in the bank and her united party — and the problems the GOP nominee will face, shouldn’t the likely Democratic nominee be a clear favorite to win the special election, getting her party one seat closer to the majority in November?  The answer is ‘yes,’ and if this seat had become open in 2006 or 2007, there is little doubt that Democrats would have been solid favorites to win.  But the president’s weak poll numbers nationally and the problems associated with the launch of the health care law could undermine Sink’s obvious advantages, particularly in this Central Florida district, where 22 percent of residents are 65 or older. (Republican strategists believe that voters 65 and older could constitute close to 30 percent of the special-election electorate.)

Adam Smith of the Tampa Bay Times agrees, saying that while the special election “should be Alex Sink’s to lose,” you should “not for one second underestimate her ability to do just that.”  Smith says that Sink “seems to find campaigning as enjoyable as a root canal.”

Nonetheless, Democrats remain thrilled that their GOP opponent is a lobbyist who ran hard against abortion rights during the primary.  He’s too conservative for this district, they will (and do) argue.  Meanwhile, a poll released Thursday by St. Pete Polls has Jolly ahead, 47-43%, with four percent going to Libertarian candidate Lucas Overby.

No matter who wins on March 11, one side is going to have a field day.  If Sink (D) wins, the Democrats will crow that they are on their way to putting Nancy Pelosi back in the speaker’s chair.  If Jolly (R) wins, the GOP will boast that it’s a sign Obamacare is crippling Democrats everywhere.

The fact is, the Democrats should win this seat.  For years, the word in political circles has been that once Bill Young leaves, the seat is theirs for the taking.  But it may not be as easy as they thought.  Local observers say they were more impressed with Jolly’s primary campaign than they anticipated.  Even though the GOP has had this seat for 60 years, a loss for the Democrat here would be far more devastating than a GOP defeat. 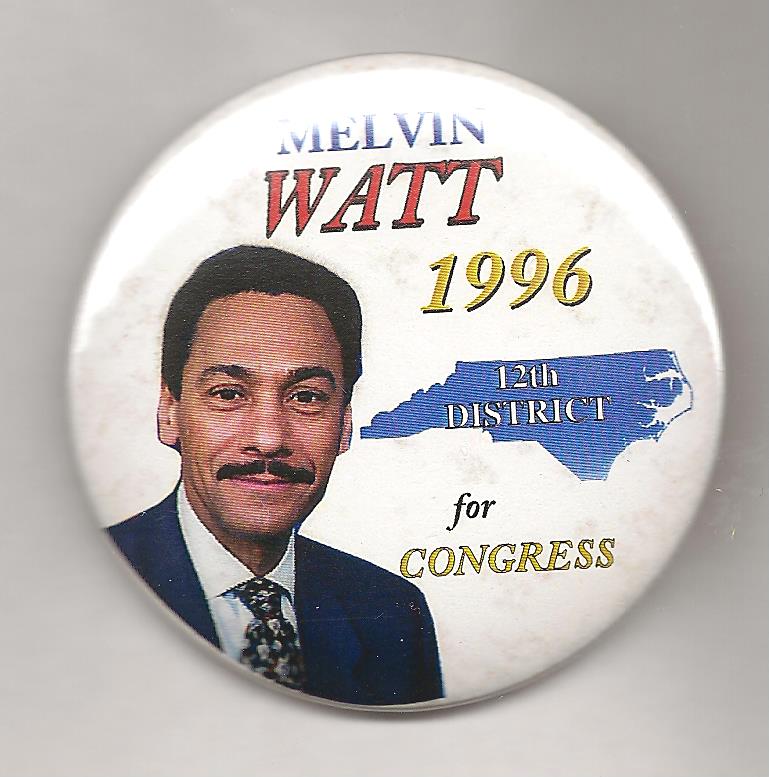 Say Watt.  There will be no special election in North Carolina’s 12th Congressional District, vacated by Democrat Mel Watt on Jan. 6 when he became head of the Federal Housing Finance Agency.  Gov. Pat McCrory (R), citing costs, decided not to call for a special until Nov. 4, the date of the regular election.  This, in turn, has infuriated Democrats in and out of the black-majority 12th CD, who say it is unacceptable to keep the seat unfilled for some 300 days.  Rev. William Barber, the head of the N.C. NAACP, said, “What we are seeing from Gov. Pat McCrory, this legislature and many of his colleagues in the right wing of the Republican Party is an extreme pattern of denial.  This is taxation without representation.”  But the Charlotte Observer, while acknowledging it is an “imperfect” solution, calls it “the least confusing and most responsible way to replace Watt”:

“Democrats … argue that McCrory’s special election plan would leave District 12 without representation for more than 300 days. That’s disingenuous. At worst, the difference between McCrory’s solution and the July date for the alternative approaches is about four months.

What’s lost in those four months? Not much. Although Watt has left office, his staff remains at work, so constituent services won’t be affected by McCrory’s special election plan. As for the lack of representation in a reliably Democratic district – it’s highly unlikely that the U.S. House … will face a situation in which the missing 12th District vote would have been a deciding factor on an issue between July and November this year.

That’s not enough to justify the $1 million-plus cost of a quicker, stand-alone special election. McCrory’s solution, while not ideal, is the best of bad choices.”

Obits.   Mike Strang, a Colorado Republican who served one term in the House from the Western Slope in the 1980s, died Sunday (Jan. 12) at age 84.  A rancher and former state legislator, he won an open Democratic seat in 1984 but promptly lost it two years later to Ben Nighthorse Campbell. 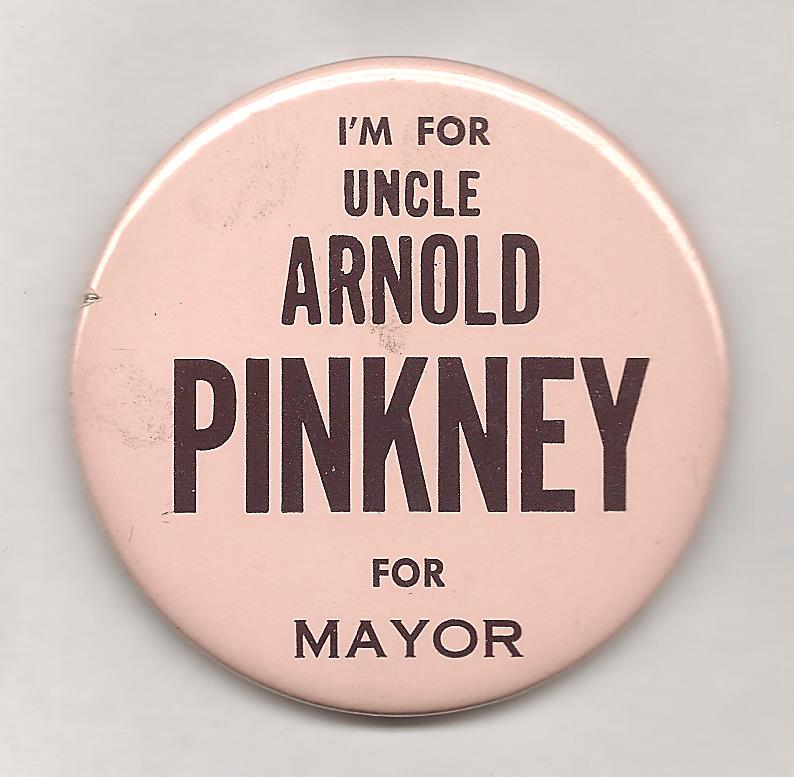 And Arnold Pinkney, a civil rights activist and former two-time candidate for mayor of Cleveland who played an instrumental role in the early days of the city’s black politics, died on Monday, also at 84.  Pinkney was a key adviser to Carl Stokes, who was elected mayor of Cleveland in 1967, the first African-American elected mayor of a major U.S. city in history.  The following year he was the campaign manager for Carl’s brother, Louis Stokes, who was elected Ohio’s first black congressman.  He also worked on the presidential campaigns of Hubert Humphrey (in 1968) and Jesse Jackson (1984), in addition to running the campaigns of Ohio Gov. Richard Celeste and current Cleveland Mayor Frank Jackson.  In 1971, Mayor Stokes decided to retire and chose Pinkney to be his successor.  Pinkney ran as an independent; with the Democratic vote split, Republican Ralph Perk won the election comfortably.  In 1975 Pinkney ran again, this time as the Democratic nominee, but again lost to Perk in a landslide.

Political Junkie segments on the radio.  Check out my schedule to see/hear where I’ll be yakking next

up to receive a weekly e-mail alert about the column and ScuttleButton puzzle. 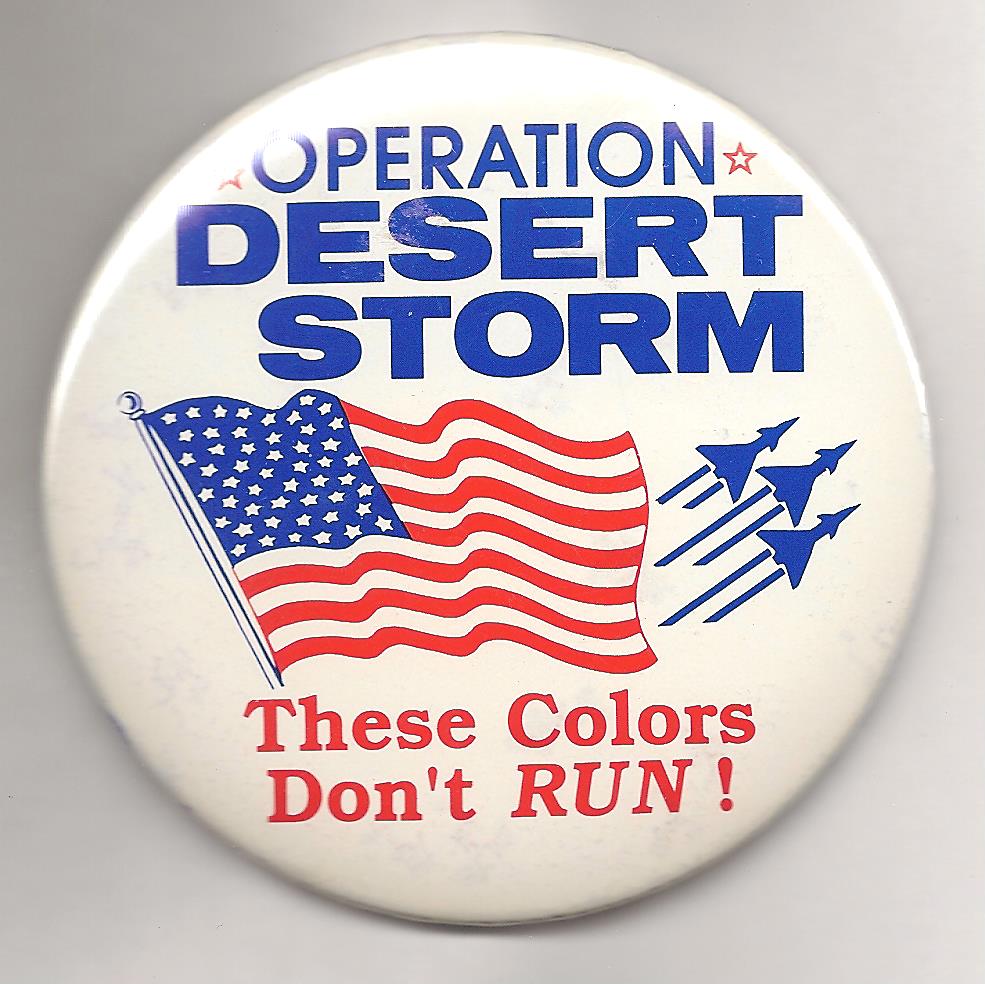 This Day In Political History:  The Senate votes 98-0 in favor of a resolution that “commends and supports the efforts and leadership of the president as Commander in Chief in the Persian Gulf hostilities” and “unequivocally supports the men and women of our Armed Forces.”  The previous evening, President Bush announced he was sending U.S. troops into battle against Iraq for its incursion into Kuwait (Jan. 17, 1991).  The next day the House, on a 399-6 vote, follows suit.  The six no votes — 5 Democrats and 1 independent — are Maxine Waters (Calif.), Mervyn Dymally (Calif.), Charles Hayes (Ill.), Gus Savage (Ill.), Craig Washington (Texas) and Bernie Sanders (I-Vt.).