Rewarding as it is to find campaign buttons we’ve long been seeking, it can get frustrating to come across items for candidates we’ve never heard of.  How do we identify who they are?  And when we see a “Smith for Congress” or a “Jones for Senator” button, well, how do we know which Smith or which Jones?  That’s where you come in.

For the past several months, we’ve been offering photos of these unknown buttons (arranged alphabetically by candidate names) for you to help identify.  And you’ve done an amazing job.  (Previous “Who Dats”:  Unknowns beginning with the Letter A, Letter B, two pages for Letter C (here and here), and Letter D.

And now we’re back with another selection of campaign items of candidates, this time focusing on the letter “E.”  Does anyone know who these folks are?

(Some thoughts:  FIRST ROW — “Felon/Ellen” has a Springfield, IL address on the curl; “Caroline Emmons” may be more about a jewelry convention than a political convention.  SECOND ROW:  “Bill Egan” was the name of a former Alaska governor who first ran in 1958, but this button was made by Sommer Badge Co. of Newark, N.J.; picture button reads “For State President/A.L. Eckert”.  THIRD ROW: “Emmick” likely to be upstate N.Y. Conservative Party 1970; “Ellis” has Los Angeles mfg address on the curl.  FOURTH ROW:  “Ewing” made by Montco Graphics in Pa.  FIFTH ROW:  “Earl” unlikely to be Wisconsin; “Eisenberg Tsambikos” has Baltimore mfg on curl.) 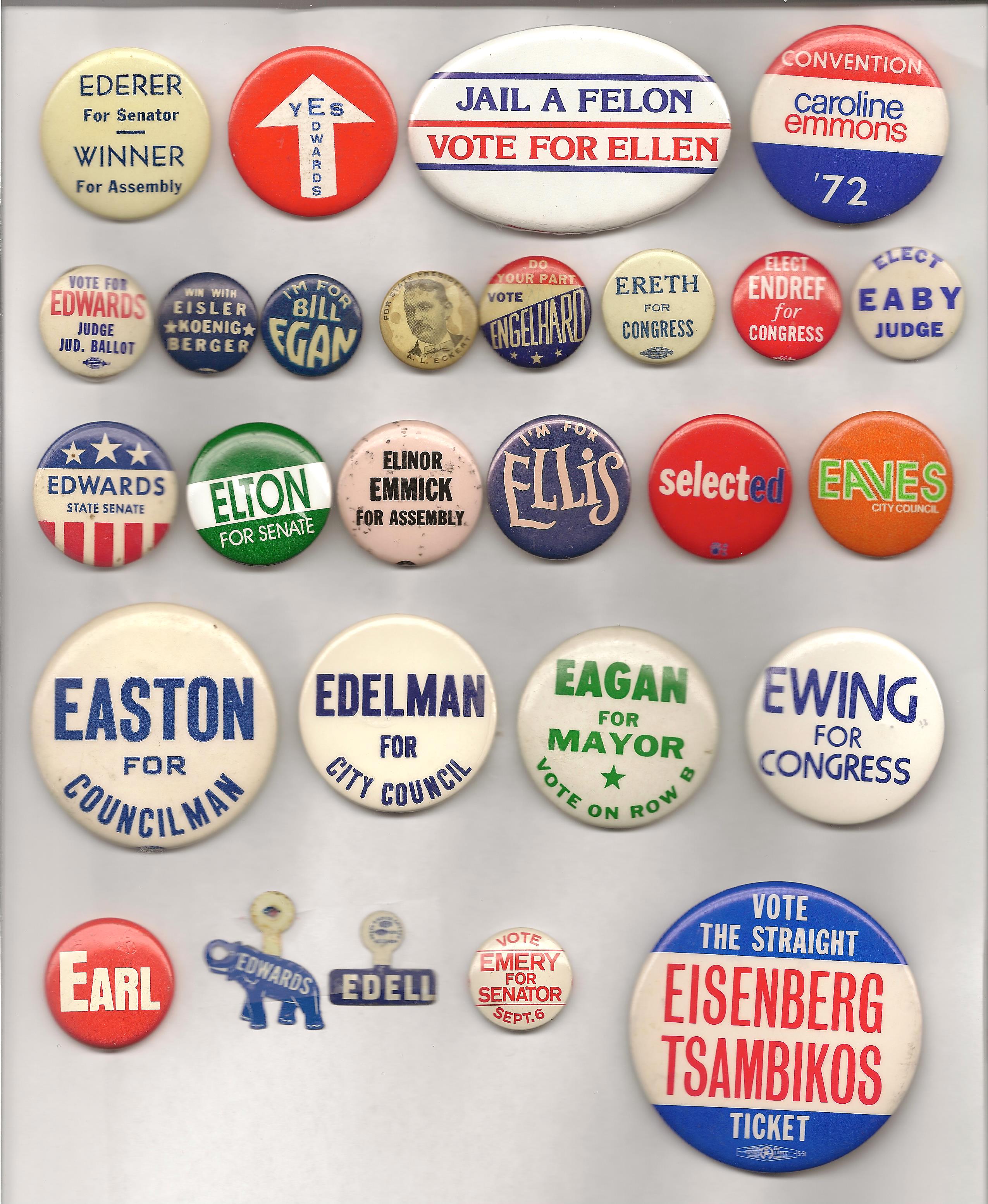